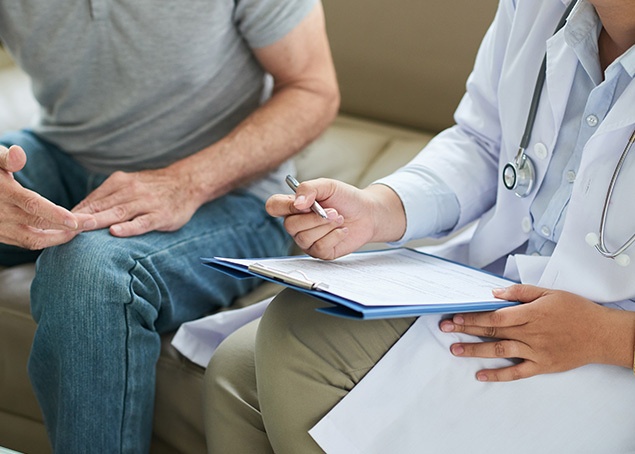 My struggle with CIDP- an autoimmune disorder (Season-1, Episode-1)

The pictures taken before my treatment and after six months of intense body rebuilding post my treatment.

I I would keep pushing myself to walk, exercise, do yoga, etc., while continuously searching for solutions on the web. Unfortunately, fate seemed to think I needed a few more knocks. At work, I had continued to take on extra responsibilities and work long hours, even though I could barely walk (I had to use a crutch) or use my fingers and hands (typing was a laborious process). One fine day, I got sacked for the unethical behaviour of some subordinates four levels below me. Life couldn’t get worse. Fortunately, I had the ability to seek solutions instead of wallowing in problems and quickly found myself another job. Also on one of my internet researches, I came across a clinical trial that was going on at Northwestern Memorial Hospital in Chicago. I reached out to them and the nurse got back immediately with all the details of the program. We also heard from her that the doctor, Dr. Richard Burt, the head of the Division of Immunotherapy and Autoimmune Diseases (DIAD) at Northwestern was slated to come to India for a talk. We attended the talk and he was kind enough to have dinner with us. He was as humble and down to earth as his achievements were lofty and life-changing. Over the years, he had treated many autoimmune disorders for which there were no real cures. These included Multiple Sclerosis (MS), Diabetes, Lupus, Crohn’s, Rheumatoid Arthritis, Chronic Inflammatory Demyelinating Polyneuropathy (CIDP), Pemphigus, Dermatomyositis, Devic’s, Myasthenia Gravis, Polymyositis and Scleroderma. He had given life back to many patients who had lost all hope. Jayu (my wife) and I discussed and decided it was worth going for this. The procedure was ‘Autologous Nonmyeloablative Hematopoietic Stem Cell Transplant’ — a mouthful, I agree! But what it meant was usage of one’s own blood cell-producing stem cells to regenerate one’s blood cells. The term non-myeloablative meant the dosage of chemo was not very aggressive. The whole evaluation and treatment had to be in Chicago, spread out over 10 weeks.

For Jayu and I, the trip was, in a way, a nice holiday too. We enjoyed our stay in Chicago, right in the middle of the Magnificent Mile. Even though there was so much uncertainty, it was also a time of intense hope. The fact that my classmates, Manish and Radhika and another classmate Sridhar and his wife Vasudha made every effort to make us completely comfortable in Chicago was an immense help. Skyping with our parents, children, and family also kept us connected to loved ones, their best wishes, and prayers. The first two to three weeks were for evaluation — to make absolutely sure that the condition was CIDP. This was followed by mobilisation — where a dose of chemo was injected into the body to stimulate production of stem cells. About 10 days later, sufficient quantities of stem cells were then harvested and kept aside. Then four weeks later, the actual treatment started. This included injecting chemo and certain other substances into the body to completely knock out the entire immune system. After this, the stem cells were re-injected into the body and within about ten days, I was discharged. The staff at Northwestern was amazing. The nurses were the most professional I had ever seen in my life. Even in the hospital, the doctor was considered to be a miracle worker. But more than anything, he was a wonderful person: sensitive, empathetic, and extremely knowledgeable. My last four days in the hospital, I could start feeling my body responding. My will, which had been long shackled inside an unresponsive body, exulted. I embarked on a rigorous exercise routine. Back home, I spent the next year setting myself a blistering target to recover my lost muscles. I created a target sheet with daily increasing targets for the next six months for 28 different muscle workouts. Then, every day I pushed myself to do better than the target. The fact I was writing my first book — Oops the Mighty Gurgle —  gave me a huge mental push. The book was so wacky, funny, and totally in the realm of the absurd that writing it kept my spirits soaring high. I jokingly tell my friends that it was a mix of the chemo, the rat and rabbit extracts that were pumped into me that made me write such a crazy wacky nutty novel. You can read it here (Caveat: be prepared to laugh your backside off!) Oops the Mighty Gurgle. I have been trying ever since to get some of the major hospitals in India interested in the treatment and collaboration with Dr. Burt so that many more people could have access to this life-changing treatment. I have run up against walls, but will not stop trying. In the meanwhile, I would like to spread awareness about this treatment to as many people as possible. If they can afford the treatment (it is expensive), they should consider this seriously. Today, I have almost completely regained most of my motor abilities. I can button up my shirts, drive a car, lift weights, travel alone, climb up steps without holding on to railings and can lead a pretty much normal life. I still can’t run or type very fast. My handwriting still sucks. But I am, to use slang, rocking. I am on my second book, am consulting in the education domain, and give motivational talks based on my life’s experiences. I continue to thank God for my wonderful wife, my lovely kids, my relatives, my friends, and my never-say-die spirit. But most of all, I thank God for Dr.Richard Burt and the wonderful work that he is doing, saving hundreds of lives every year.

I can be contacted on my email ID, ramgopal.vallath@gmail.com, and will be delighted to extend whatever help I can to anyone who is suffering from any autoimmune disorder or facing any other challenges, physically or mentally. I have subsequently completed my second book, From Ouch to Oops. It is my life story and it is meant to help people convert every downturn into a success. It is also humourous and I promise it will make you laugh a few times, even while making you think deeply. You can buy it here, From Ouch to Oops.